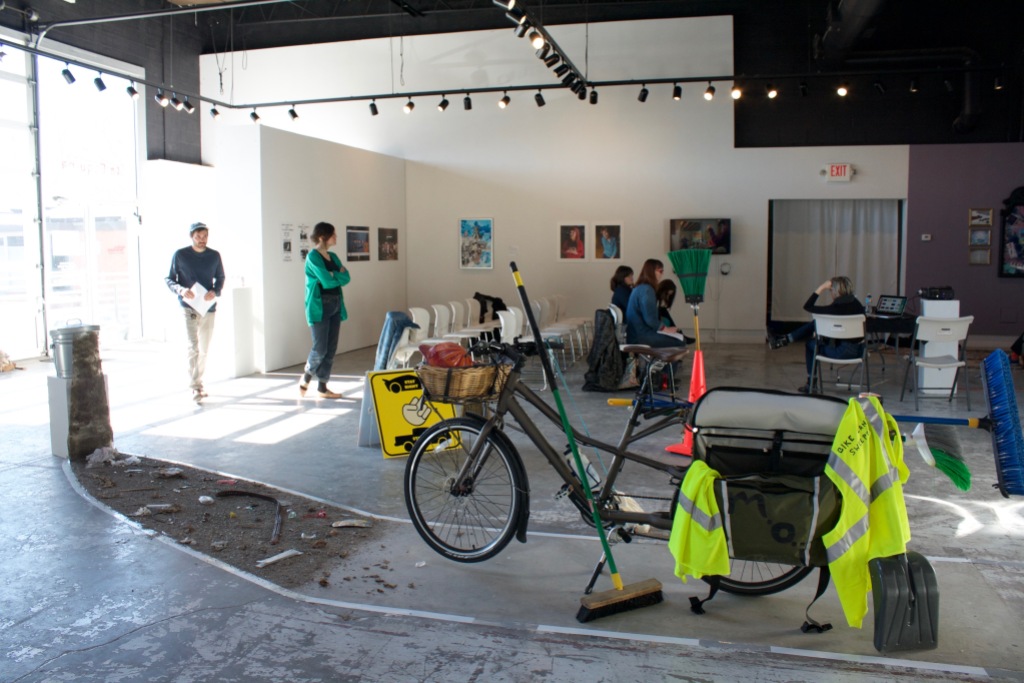 Saturday, February 6th, a comfortable crowd gathered to sit in a few rows of chairs, set to one side of the “Traces and Trajectories” exhibition. The show had its opening debut the night before, at  Charlotte Street Foundation’s La Esquina gallery. 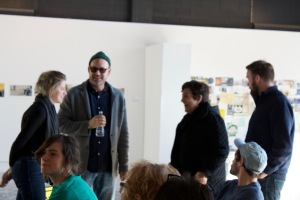 Jessica Borusky and Judith G. Levy are current and former Rocket Grant recipients, and Judith is one of the artists featured in the exhibition. The two artists began by explaining they would be staging a dialogue between their two separate, but intersecting practices, with prepared questions to guide the discourse.

Jessica explained that both artists perceived their thematic intersections to be: the personal; and the collision between formal and informal narratives – meaning the differences between collective, agreed-upon histories, and personal, subjective histories. Judith G. began by introducing her practice and some of her work, with a projected slide show of images to illustrate her ideas. 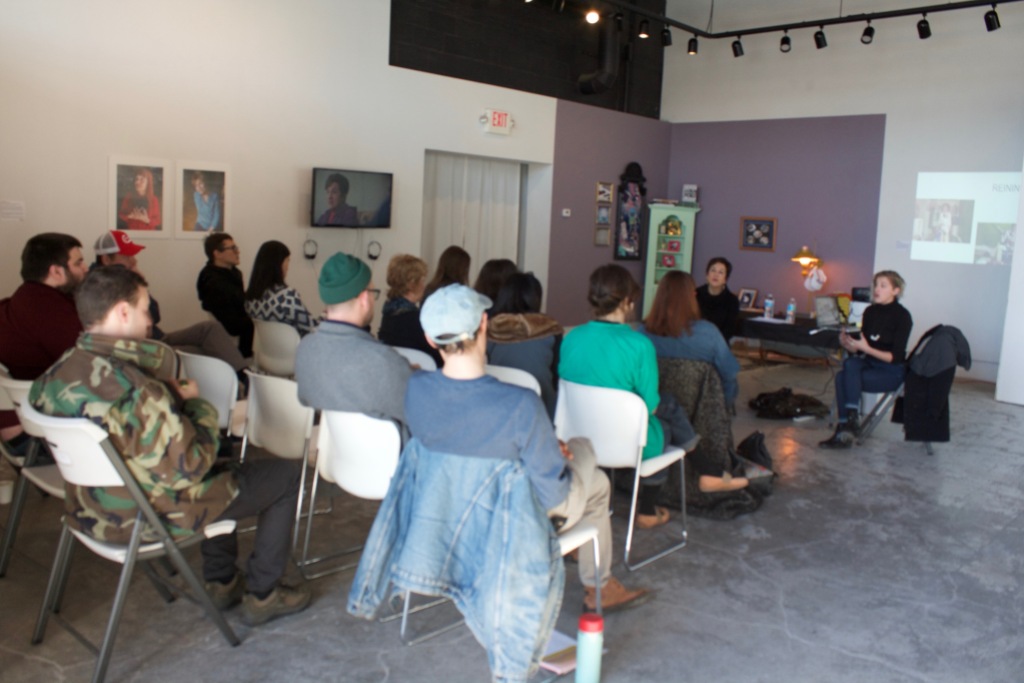 Judith framed the conversation with questions like, “How do we define history or human endeavor? How do we collect and quantify it? How do we consider aspects of the personal within the context of larger history?”, followed by “What are our notions of our own persona? What do we already know of ourselves, and where does that meet our dreams of who we want ourselves to be? 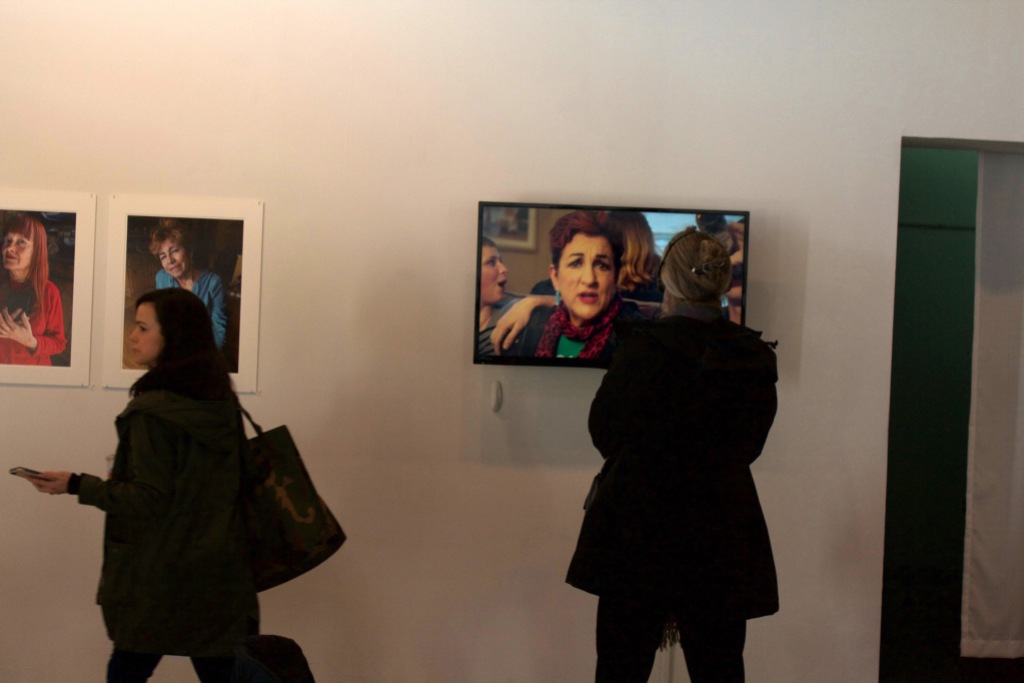 Judith shared her process of working as a way to begin answering those questions, and showed how embodying these concepts is one tool that she has adopted. She explained that her work explores conversations between the Ego and the Id, in order to to confront the fear of unknown parts of personality. For her, the agency and ability to shift between personas in different contexts is essential. 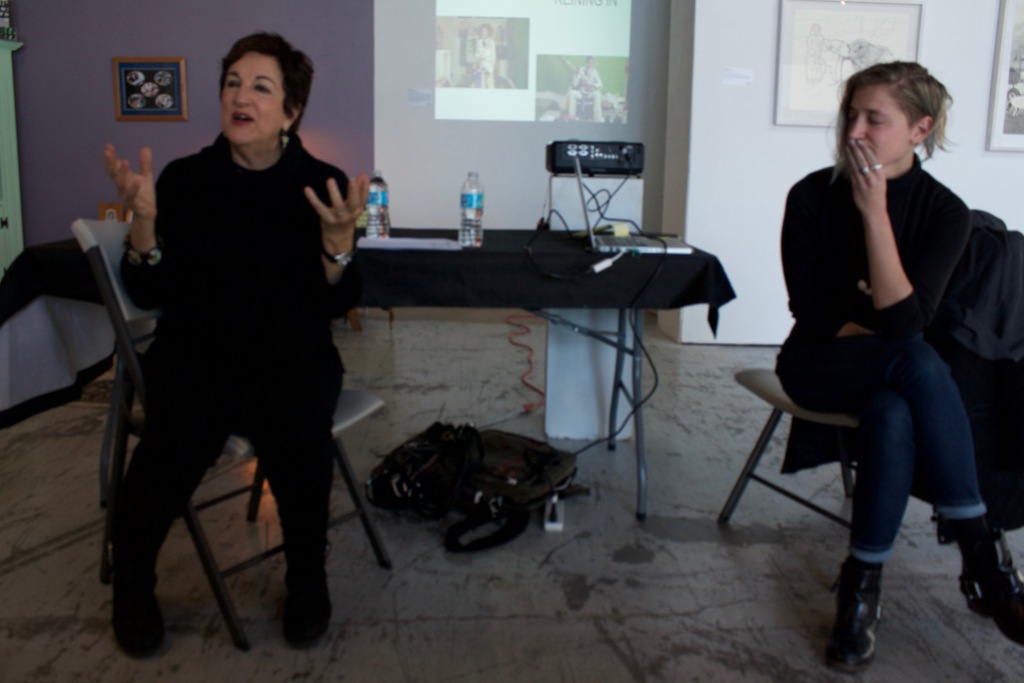 Jessica focused on the process of embodiment, identifying the overlapping concerns between their two personal practices. Jessica embodies the fluctuation between fictional or personal narratives and historically recognizable signifiers – creating a conversation of unfolding meaning between  personal and historically charged elements. 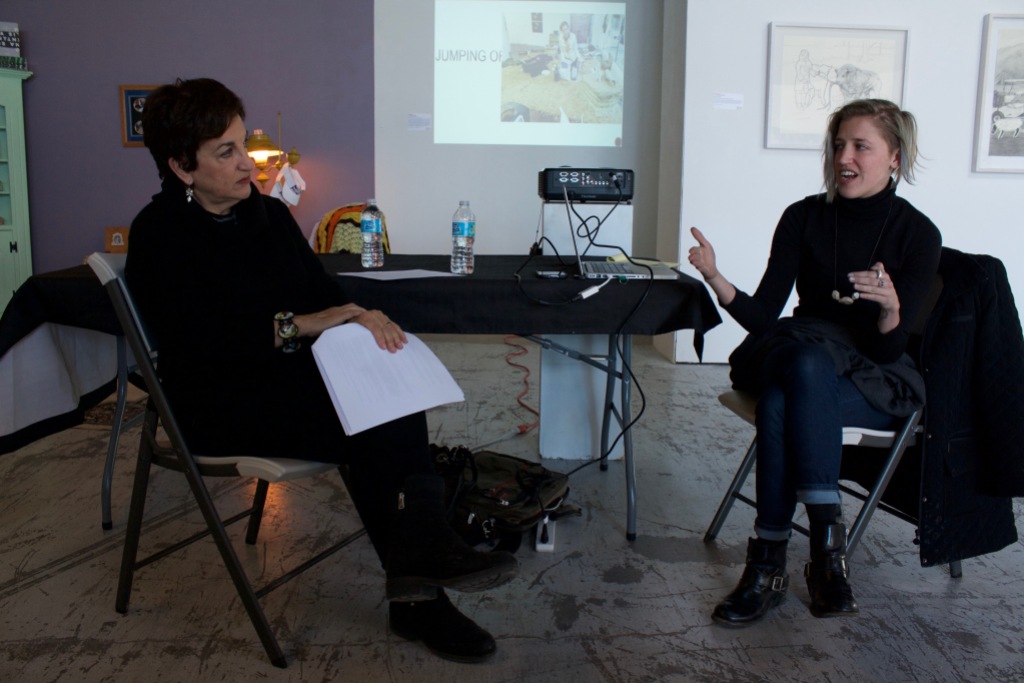 Judith utilizes a narrative script, humor, and interior settings – evoking aspects of reality TV, intervention shows, self-help shows, and fictional Hollywood dramas with an endless series of possible realities. In contrast, Jessica utilizes repetition, physical endurance, and historical land sites to situate their practice within the context of performance art, and these accumulations and explorations combine to develop the narrative.

Both artists leverage how their own bodies are perceived within social constructs of identity, gender, and presentation, and they use language, actions, and visual signifiers to question the structure of these common assumptions.

At the end of their questions for each other, the artists opened up the dialogue to the audience.  One person asked Judith and Jessica to explain why Judith felt the need to censor her sense of outrage, and why Jessica was pushing against the notion of “female hysteria”.

Judith answered that she usually uses different language to talk about this aspect of her emotions – to make it more digestible for an audience. Jessica rejects the notion of mapping “female hysteria” onto their work just because of their figural form. None of the figures in their work are demure and, if anything, respond more to notions of “failed masculinity” – taking on characters like a Salesman, or a Frontier Man. 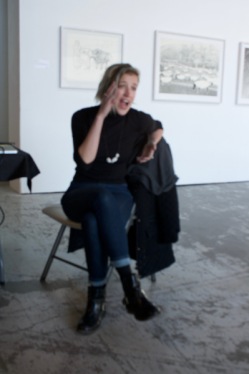 At the same time, there are elements of Jessica’s practice that touch on the phenomenon of how a “female body receives trauma”, and the fluidity of that embodiment, bolstered by language as the site of constant interception, creates a physical reality for this conceptual paradox.

Both artists are working to personally represent the possibilities they believe are present in the contemporary world for the construction of ‘self’. Providing an outlet for public dialogue on the matter is another step in charting the unclaimed terrain of identity, public/private persona, and what it means to self-define in the face of a persistently limiting majority.